The difference between plastics and bio-plastics is not well understood. In this article, we attempt to break down some of the basics.

The word ‘Plastic’ comes from the Greek word Plastikos and literally means flexible, or capable of being moulded. Plastics are essentially long chains of polymers (small chains of stuff hooked together), and these are created by a chemical process refining petrol or oil. Currently, the production of plastic represents around 6% of total oil production or the equivalent of the entire aviation industry.

Petrochemical plastics are built to last

With the average plastic item taking 500+ years to break down, (how we know that given they were invented in 1907 I’m not quite sure) ironically the average single-use plastic bag is in use for only 12 minutes. Unsurprisingly, the huge increase in plastic packaging that we have seen over the last two decades now wreaks havoc on the environment and across coastal communities.

“The production of plastic represents around 6% of total oil production, or the equivalent of the entire aviation industry”

The European Bioplastics Organisation defines bioplastics as a plastic material if it is either biobased, biodegradable, or features both properties. The term ‘bio-based’ means that the material or product is (partly) derived from biomass. The theory behind bioplastics is simple: if we could make plastics from kinder chemicals to start with, they’d break down more quickly and easily when we got rid of them. The most familiar bioplastics are made from natural biomass materials such as corn starch, sugar cane and wood pulp —all readily renewable plant-based materials.

Bioplastics can be virtually indistinguishable from traditional petrochemical plastics, and over the last few years, they have started to become relatively commonplace in takeaway food packaging and other similar usages. One of the key benefits of the use of bioplastics is that they’re generally compostable: they decay into natural materials that blend harmlessly with soil. Some bioplastics can break down in a matter of weeks, others can take longer.

“If we could make plastics from kinder chemicals to start with, they’d break down more quickly and easily when we got rid of them”.

Unlike traditional plastics, bioplastics generally do not produce a net increase in carbon dioxide gas when they break down (because of the plants that were used to make them absorbed the same amount of carbon dioxide, to begin with). One of the most widely used bioplastics, PLA, for example, produces almost 70 percent less greenhouse gases when it degrades in landfills. Additionally, PLA saves two-thirds of the energy you need to make traditional plastics.

Bioplastics have the unique potential to be carbon-neutral, this is due to the life cycle of the products and the fact that it starts from the process of growing the base biomass (corn, sugar etc) which facilitates the removal of carbon from the atmosphere.

Many people think terms like “bioplastic,” “biodegradable,” and “compostable” mean exactly the same thing, but they don’t.

A “biodegradable” plastic one that might take decades or centuries to break down and a truly “compostable” material something that turns almost entirely into benign waste after a matter of months in a composter. “Bioplastic” can also mean different things. Confusing jargon hampers public understanding, which makes it harder for consumers to grasp the issues and make choices that positively affect the environment.

Unfortunately, not all bioplastics compost easily or completely and some leave toxic residues or plastic fragments behind. Some will break down only at high temperatures in industrial-scale, municipal composters or digesters, or in biologically active landfills (also called bioreactor landfills), not on ordinary home compost heaps or in conventional landfills. There are various eco-labelling standards around the world that spell out the difference between home and industrial composting and the amount of time in which a plastic must degrade in order to qualify.

We have a complete suite of compostable, flexible packaging solutions suitable for use across numerous industries and applications, including; food production & processing, fresh produce, apparel and retail, magazines/newspapers, coffee roasting/retail, and snack foods.

All our products are bio-based and certified to European or Australasian for both home and industrial composting, and perform similarly in terms of look and feel to their non-compostable oil-based counterparts.

Our range includes popular and widely functional items such as stand-up pouches in various finishes, all fully compostable and readily able to be branded to customer specifications.

The Nitty Gritty: What is sustainable packaging for the coffee industry?

What is the ‘Right’ sustainable packaging for my business? A risk-based approach that works

The Plastic Problem and an Alternative Future 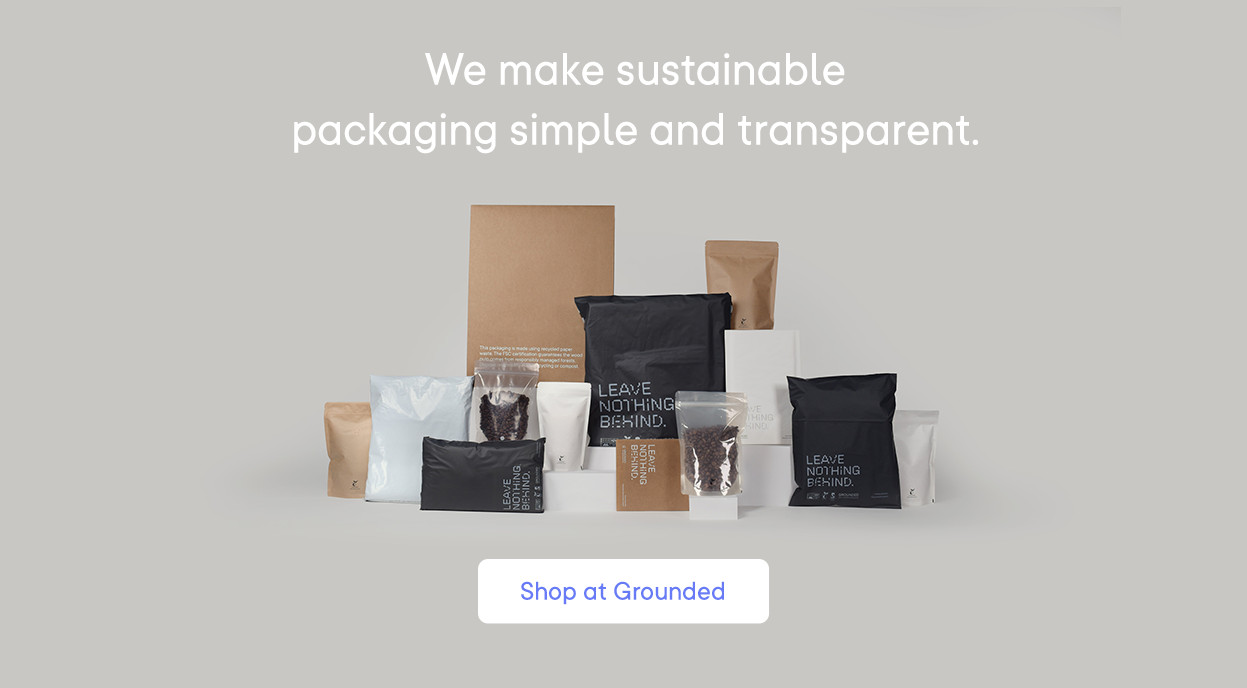